A few weeks ago marked my 3rd year living in Montreal, and working at Method. It made me realize how quickly 2020 went by with little to nothing to mark the passage of time- my annual trip to Comic Con in San Diego, my regular visits to NYC to see family, my travels to see

Here’s a quick animation doodle I did in honor of Year of the Rat. The last time I did any 2D was back on the old lunchbox on VHS tape o_O 2019 was a good year in reflection. Many of the projects I’ve spent the past many years working on finally came out.  That said, I

All the shows I’ve animated on going back 4 years have finally all been released! (I can finally update my reel, hallelujah) Laika’s 5th stop-motion feature film I spent a year animating on, Missing Link, was released mid-April. Due to unfortunate timing I wasn’t able to attend the wrap party or premier, but I had

The first trailer for the movie I’ve been working on since January dropped today! I animated 6 shots on this one:)

“LAIKA’S FIFTH FILM IS MISSING LINK Hugh Jackman, Zoe Saldana, and Zach Galifianakis star in our most ambitious film to date – a rip-roaring, globetrotting comedy adventure.“ I can finally talk about it! Today Laika released the film’s new title, “Missing Link” along with a screenshot and a few details about the cast and synopsis. So

Tomorrow I head off to Montreal where I’ll be starting the new year animating on the next Robert Zemeckis movie. I realize I could’ve picked better timing (-22 F)! Hoping those dormant Scandinavian genes kick back in. 2017 has been a humbling and inspiring experience animating on “Film 5” with the talented crew at Laika.

This month has been one crazy wrap up to 2017, starting in Texas and ending in NYC with trips to Olympia, Tacoma and Seattle in between (and a big move out of country, more details on that later). I’ll be with family in New York for the holiday before moving on to my final destination

I finally had the opportunity to fly down to San Antonio to do an animation guest lecture for the Games and Animation Dept at UIW where my friend teaches. It was fun to be able to share some of the projects I’ve worked on since my own student days, and made me miss teaching in

It’s been one year since I kicked off this blog and saying it was an eventful one would be an understatement… Starting with the death of my idol David Bowie, followed by the birth of my adorable niece, travels through Northern Europe, where I broke my knee cap which led to two surgeries and months of

In a few days I begin my new adventure up in Portland animating at Laika Studios for their fifth feature film. I couldn’t be more excited to be contributing to the amazing work of Laika. I’ve been a fan of their films since Coraline, and considered their latest film Kubo and The Two Strings to be 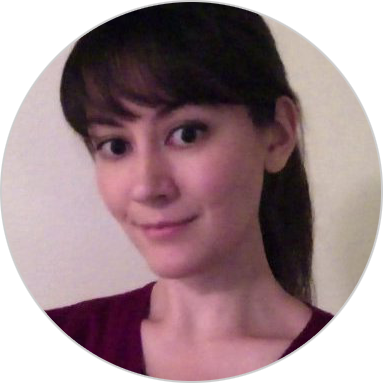